while we’ve all seen our fair share of hyperrealistic and photorealistic art, or paintings and sculptures that look amazingly like photographs, it’s not too often that we come across photos that look like paintings. Throughout the five-plus years we’ve been around, we’ve seen these unbelievable photos pop up here and there and today, we decided to give them all one home. Here, then, are ten fascinating photos that look unbelievably like an oil, acrylic or watercolor painting. Enjoy!

Photographer Oscar Ruiz is behind the shot, above, of a housing development in Mexico. Back in May, it was picked as the photo of the day by National Geographic. “A few years ago when I was working as a helicopter pilot for a local radio station, we were required to fly around all of Mexico City chasing news and traffic. I remember flying up to the highway that connects Mexico City with the neighboring state of Puebla, and on my way back this housing complex that seemed to go on forever caught my attention. I decided to circle around to observe from up close what I later found out was the recently built San Buenaventura complex, which is located in Ixtapaluca, on the eastern outskirts of Mexico City.

“The exceptional afternoon sun reflecting those thousands of recently painted small homes just looked so beautiful, and the lower I flew the better the angle, so I just got out my camera, opened the sliding window on my Bell helicopter, and snapped a couple of shots.” 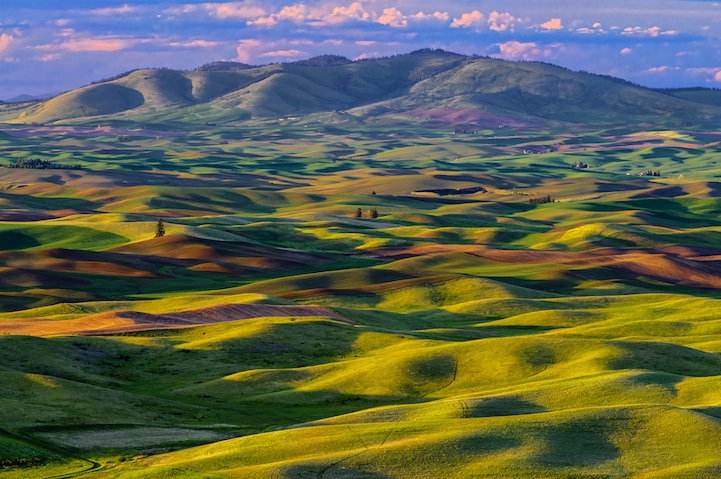 Photographer Michael Brandt captured these painterly rolling hills at the Palouse Valley, Washington, USA. This particular photo is looking towards Tekoa Mountain from Steptoe Butte. “The rainbow picture was taken at a place called Steptoe Butte – it’s an amazing geographical landmark right in the heart of the Palouse. It is a large butte that offers outstanding panoramic views of the very unique rolling hill landscape known as the Palouse, that gives photo fans endless compositions and ever changing landscape throughout the seasons. From late April through to early September photographers from around the world make a trek individually or through photo tours to visit this unique region.” 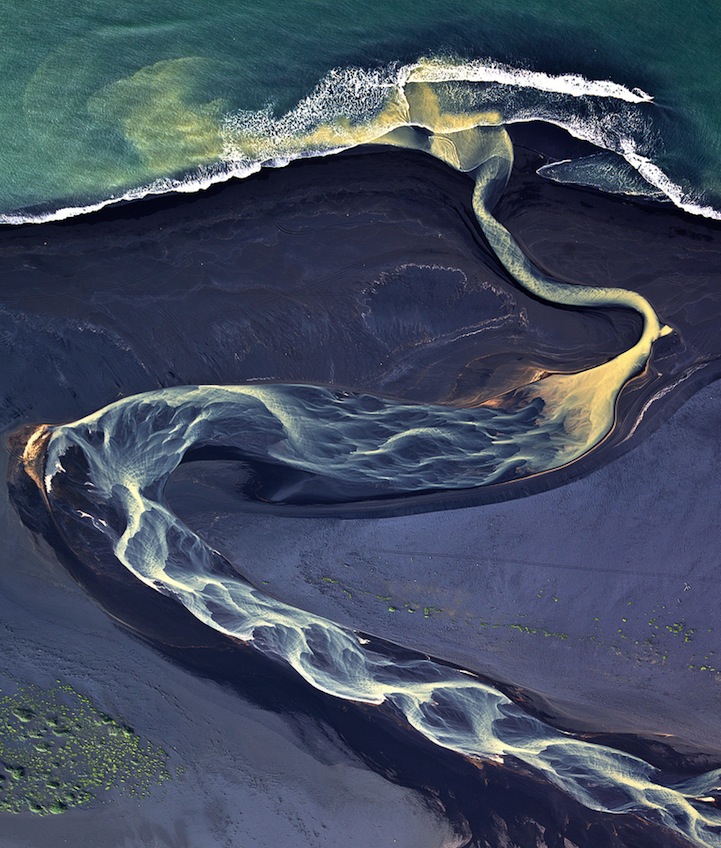 Photographer Andre Ermolaev is behind this gorgeous aerial shot of Iceland’s volcanic rivers. “Iceland is a wonderful country; I would even say that it is a true paradise for all the photo shooting-lovers. But what has become a real discovery for me is the bird’s eye view of the rivers flowing along the black volcanic sand. It is an inexpressible combination of colors, lines, and patterns. The photo represents the mouth of the river falling into the ocean. A little bit upstream there is a yellow-colored brook flowing into the river, but yellow currents fail to mix with the main water flow. One can estimate the scale judging by the car tracks that are clearly seen on the black sand. This is just a river, just a volcano, just our planet.” 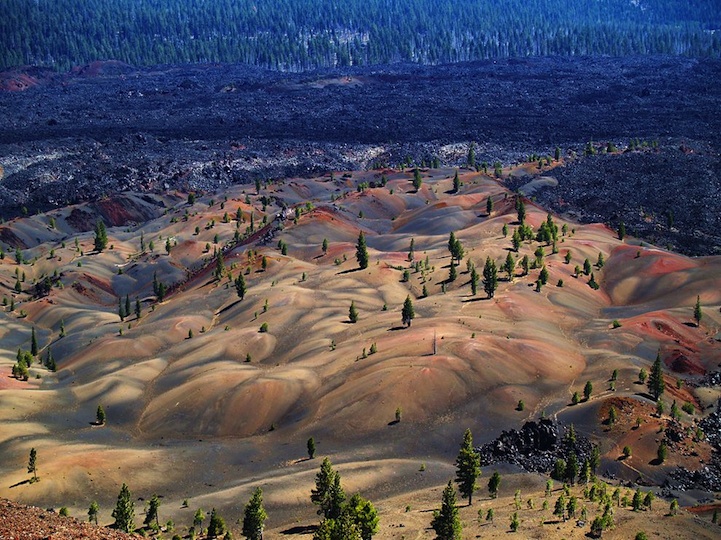 James and Kelly Stone took this gorgeous shot of dunes dotted with trees at Lassen Volcanic National Park. “Painted Dunes can be seen atop Cinder Cone at Lassen Volcanic National Park in California. The colors are a result of volcanic activity. The beauty is breathtaking. The vision, as you can see, is like an oil painting. God’s tapestry on Earth.” 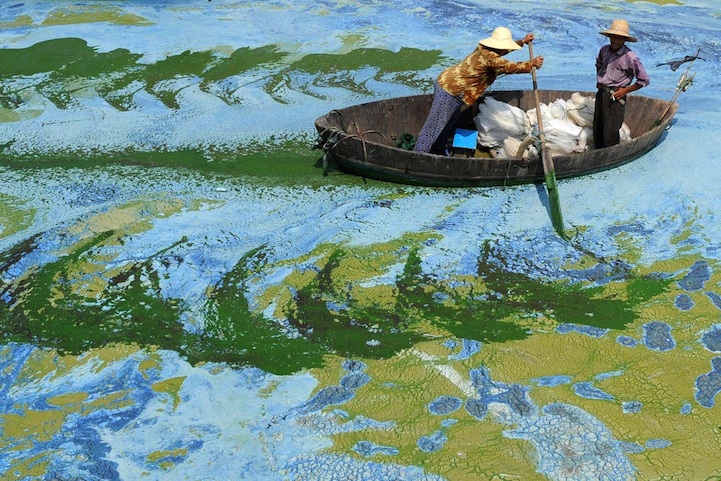 Doesn’t this man look like he’s rowing in a lake full of paint? This is actually a real photograph of a heavily polluted lake in Anhui province, Taiwan. The green substance on the top of the water is algae. The photograph, by Jianan Yu, is of Chaohu Lake, one of eight rivers and lakes in China that the country plans to treat under ta $7.4 billion construction plan. 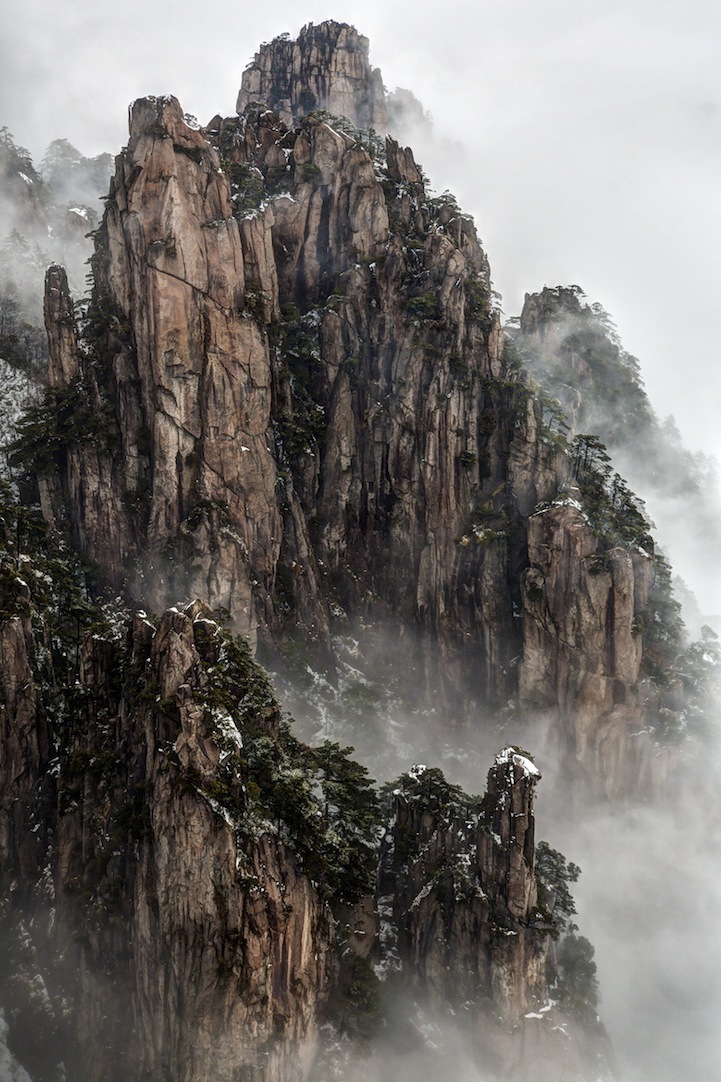 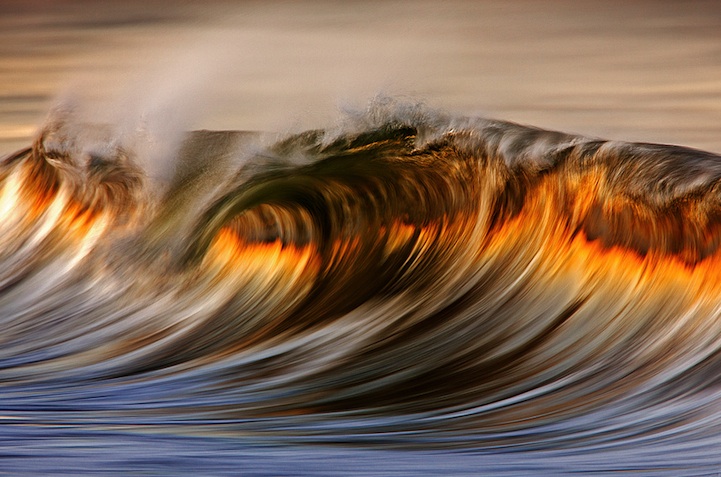 California-based photographer David Orias is behind a series of wave photographs that look remarkably like oil paintings. Orias uses long exposures and a telephoto lens to capture these stunning shots. He states, “Southern California has its fire season and sometimes this creates conditions of eerie orange light in the morning as the sunlight is filtered and scattered by smoke particles. This creates unusual and to some viewers unrealistic colors. I take the baseline colors and work with them to create a fine art appeal.” 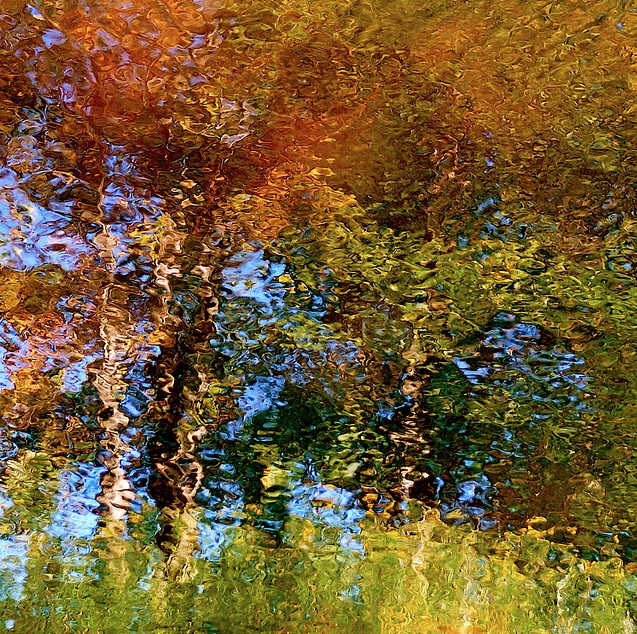 Graphic designer Denis Collette has a series called “My Waterbox,” a collection of images that show reflections in a river and lake near his countryside cottage. He said, “I like the creativity of the water and like to be surprised. I have taken thousands of photos of reflections and they are all unique. The reflections are generally of trees, wild flowers, weeds, wild vegetation, the sky and the clouds. But the photo changes depending on the wind, the light, the stream, the level of the river and sometimes the depth of the river. It always fascinates me. The water ripples make them look like oil paintings by Van Gogh, Turner, Riopelle or Monet.” 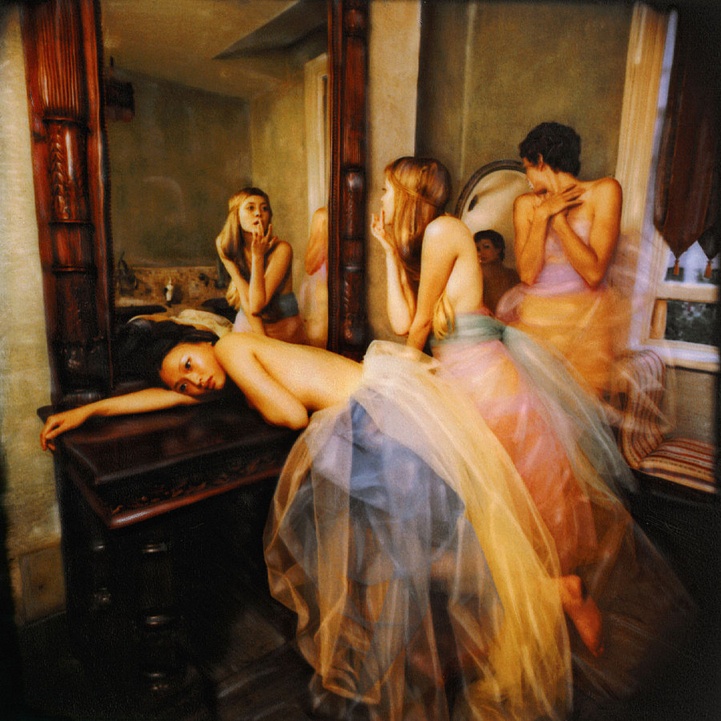 Painted Ladies is a beautiful shot of three women in rainbow-colored tulle by photographer Barbara Cole. The self-taught photographer not only challenges our reality, she does it all using Polaroid film! “I fell in love with Polaroid film sometime late in 1987,” Cole says. “I had been experimenting with the Polaroid Spectra camera and Tungsten light and I loved the mood that its warm colours and creamy palette evoked. In the end, however, it proved too difficult to work within the limitations of this simple point and shoot camera and I abandoned it..After some exploration, I found someone who was able to adapt the SX-70 camera to work with my studio lighting and techniques. Then, I carefully manipulated the surface image to add dimension and introduce a painterly quality I loved.” 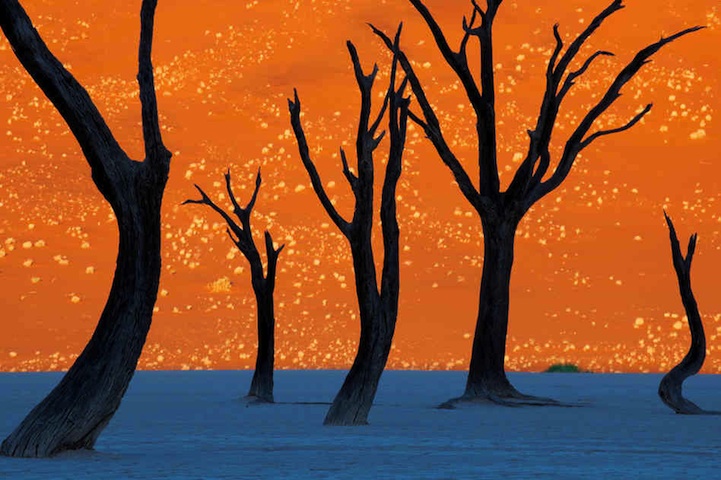 This last photo, taken in Namibia, shows a dune tinted orange by the morning sun ad mist camel thorn trees. Photographer Frans Lanting explains his shot, “It was made at dawn when the warm light of the morning sun was illuminating a huge red sand dune dotted with white grasses while the white floor of the clay pan was still in shade. It looks blue because it reflects the color of the sky above. … The perfect moment came when the sun reached all the way down to the bottom of the sand dune just before it reached the desert floor. I used a long telephoto lens and stopped it all the way down to compress the perspective.”